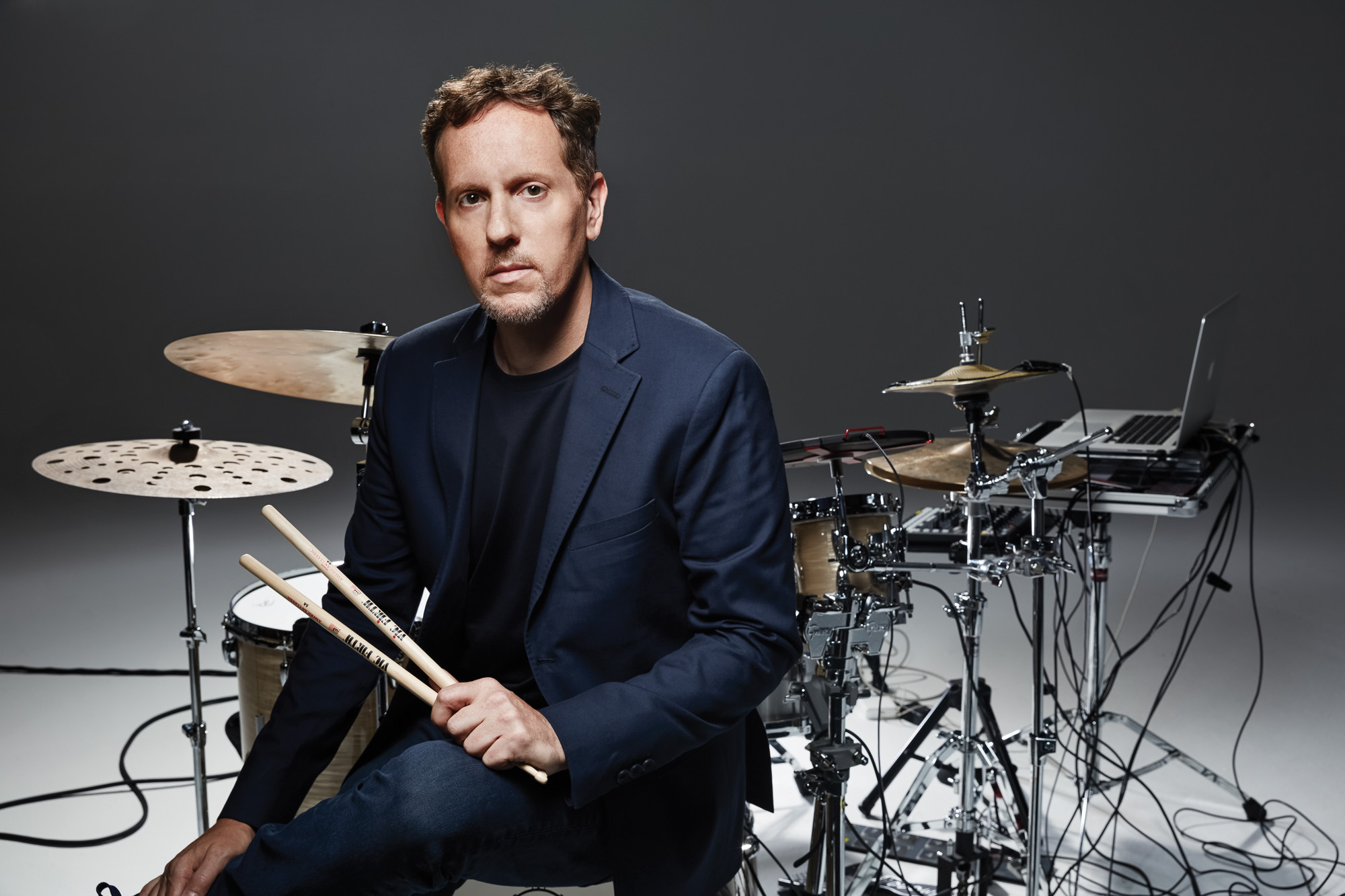 Yesterday I was lucky enough to be attending Zach Danziger’s drum clinic at Bell Percussion in London. In case you’re not familiar with Zach’s work, he landed one of his first big gigs with none other than Michel Camilo at only 17 years old, replacing legendary drummer, Dave Weckl. Played for Wayne Krantz, Bob Mintzer, Donny McCaslin, Chuck Loeb, Randy Brecker and many others. All this happened before he started experimenting with both acoustic and electronic elements, making him a leading figure in what is considered to be the future of drumming. He is a pure innovator of the art and therefore can’t be recognised merely just as a drummer. He’s pushing the boundaries to new levels like no one has ever done before, adding to his acoustic set electronic and visual components. To give you a better idea, here’s how some of his live shows look like:

During the clinic Zach explained in details how his set up was working, what kind of gear he was using and the crazy amount of hours that go behind creating sounds that he then uses on his songs. He then went to show that everything he was playing wasn’t a fixed, rehearsed drum piece, but he was using the sounds on his kit to come up with different ideas.

When I asked him what advice he would give to people that want to start doing what he’s doing, he replied that it doesn’t matter where you start as long as you do start. He recommended taking time and trying to figure out what you have in your head that you’re attempting to express. It doesn’t even matter how weird your ideas might sound. In fact his underlying motto during the whole clinic was “You can create anything you want!”. He also advocated not to look for quick fixes, asking people that have more experience how to get to their level. When struggling with something, just sit down and make the effort to solve it yourself. Once you spend so much time on it you can then really say that you own that thing, way more than if someone would have told you how do it!

Finally he spoke about the need of doing what he’s doing. He has taken a different kind of journey and he doesn’t create his music to be recognised or awarded by some drum magazine. He genuinely feels that at this moment in time, this is what he needs to do. And even though he delivered one hell of a performance, at the end he admitted that he wasn’t 100% happy yet with how his music was sounding. That was not due to the actual playing, but more to the current technology that doesn’t allow him yet to get to the level that he envisioned.

Coming out of the clinic I can honestly say that it was a very inspiring evening spent with a TRUE artist, that is humble about his work but is not afraid to push the art into uncharted territories. I definitely look forward to hear more about Zach’s music and evolution in the years to come.

Where Should I Live? BIG vs SMALL city

Where Should I Live? BIG vs SMALL city