Looking for that perfect SNARE

By Chris CastellittoSeptember 19, 2018No Comments

When it comes to gear, we geeky musicians of the 21st century are always looking for that new toy that could make us sound like a million bucks. Then, since Christmas is approaching fast I have been pondering of what I should ask Santa for this year. For a very long time I dreamed of getting a really nice snare… not just ANY snare, but instead one of those ICONIC vintage snare drums that were used on the top radio hits, before electronic drums took over and left us all jobless.

I went for a little research and checked which are some of the most recorded snares in history, how much they cost and why they’re so cool. 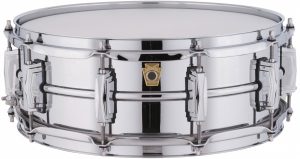 One of the most recorded drums in history. It was used by the legendary John Bonham on many Led Zeppelin songs and you can also hear it on James Brown’s records with Clyde Stubblefield on drums.

The reason why this snare still sounds great after so many years and why it’s the first choice for so many drummers is because of its versatility. In fact this snare has been used on metal albums and on many jazz classics, rock and funk music…to be honest any style will do! 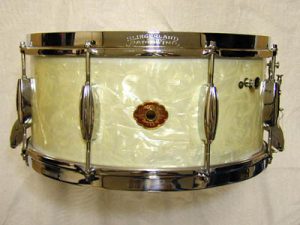 Price: (You can only find it used)

The Radio King is another iconic snare that came out in the 1930’s and still to this day many drummers record on it. Both Buddy Rich and Gene Krupa used to be endorse the Radio King series, until the early 60’s when Slingerland decided to stop producing one of its best selling drums. The Radio King is a maple snare with a very bright tone due to the single-ply wood. Jeff Porcaro also was a massive fan of this particular snare, which during the 80’s he used it on quite a lot of sessions. 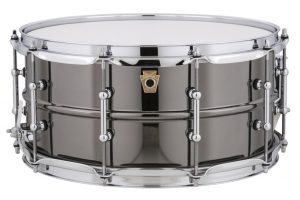 What makes Ludwig the absolute best when it comes to snare drums is probably this product right here: the Black Beauty Snare. This is a real classic, used on countless records and again famous for its versatility. This is probably a must for every drummer to have in their drum collections. No matter if it’s tuned low or really tight, this snare will sound good and deliver in any musical situation.

I’ve tried most of these snares over the years and of course I’d love to own most of them one day. What are you favourite snares and which ones would you recommend that would work both for live and studio situations?