By Chris CastellittoMay 24, 2018No Comments 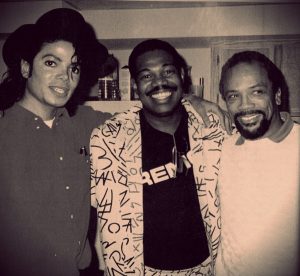 Kick on 1 and 3, Snare on 2 and 4 and Hi Hat on every 8th note. That’s all Ndugu Chancler was asked to play on a new song written by MJ for his upcoming album “Thriller”.

In 1982 it was very rare to hear a pop song intro that lasted as long as 30 seconds before the singer would start singing his first line. But when Michael Jackson managed to convince Quincy Jones that this 14 bars intro would make everyone want to dance, he was more than right. His genius and intuition paid off when Billie Jean went straight to number 1 and stayed up there for seven consecutive weeks, becoming the biggest selling single for MJ as a solo artist and one of the greatest songs of all time.

The song was recorded by Bruce Swedien, who also ended up mixing it 91 times (in the end mix number 2 is the one you hear in the original version). Bruce is also responsible for giving such an authentic and recognisable drum sound. He used some unusual techniques and at the time was left to experiment as much as he wanted to. In fact he isolated the hi hat from the snare using a foot-square wood and nu metal panel and then took the kick drum apart, removing the front head off, putting a special cinderblock as weight and covering the front with a blanket with a zipped hole for the mic. 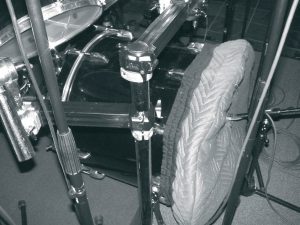 When Ndugu walked in the studio and was asked to play the famous drum beat, he nailed it on the first take. I want to emphasise that THIS IS NOT AN EASY BEAT TO PLAY. You can tell many people to play:

But the way Ndugu plays it combined with the brilliancy of Bruce Swedien mixing skills, create an hypnotic feel and as soon as the bass line joins in, everything gels perfectly together. This apparently simple groove is the canvas that gives SPACE for MJ to create and build his beautiful melodies. But Ndugu’s playing goes even further. His grooving is so perfect that when he wants to accentuate upcoming sections he simply opens the hi hat without the need of drastic drum fills or cymbal crashes. Actually he plays crashes only twice throughout the whole song.

Therefore, the phrase “Simplicity is NOT Stupidity” by the master Steve Jordan makes perfect sense. Especially when looking at the outstanding number of records sold by this one simple song with a “not so simple” groove.