How I Record Drums Over The Internet

By Chris CastellittoApril 26, 2018No Comments 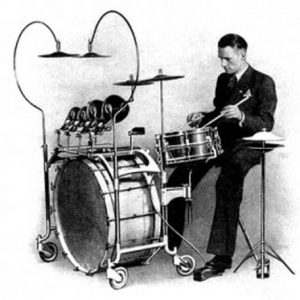 “But how do you record drums when I send you my song over the internet?”

That is a question that someone asked me not long ago and in today’s blog you will actually see step by step exactly what happens behind the scenes before you receive your drum tracks. To show you this, I will take as an example a song I recently recorded for an alternative prog/rock band from Holland called Forests Alive.–

Dimitrios, the bandleader of Forests Alive, got in touch with me via email and asked if I could record drums over one of their new songs. He sent me 2 demo versions of his track:
-One with only guitar, bass and synths (NO VOCALS)
-A second one, which had all of the instruments above, plus some programmed drum grooves on it.
NB He also added all the details of what he wanted, plus the BPM of the song.

This is what he wrote on his email:

“So here’s a rough version of the song

Here’s a track for you to record on (no guitars, no drums) but with a metronome a bit on:

It’s a pretty straightforward track overall. 4/4 most of the time. 127bpm throughout. There is a particular drum part I like that I would like to remain as the original.

Apart from that, I am sure you know what needs to be altered and what fits better with the music.

After a few listens to the track, I started to put notes on paper. This song was fairly complex, so I wanted to make sure that I was playing the right grooves throughout the whole tune. Even if a song is very simple I like to note things down, somehow it helps. 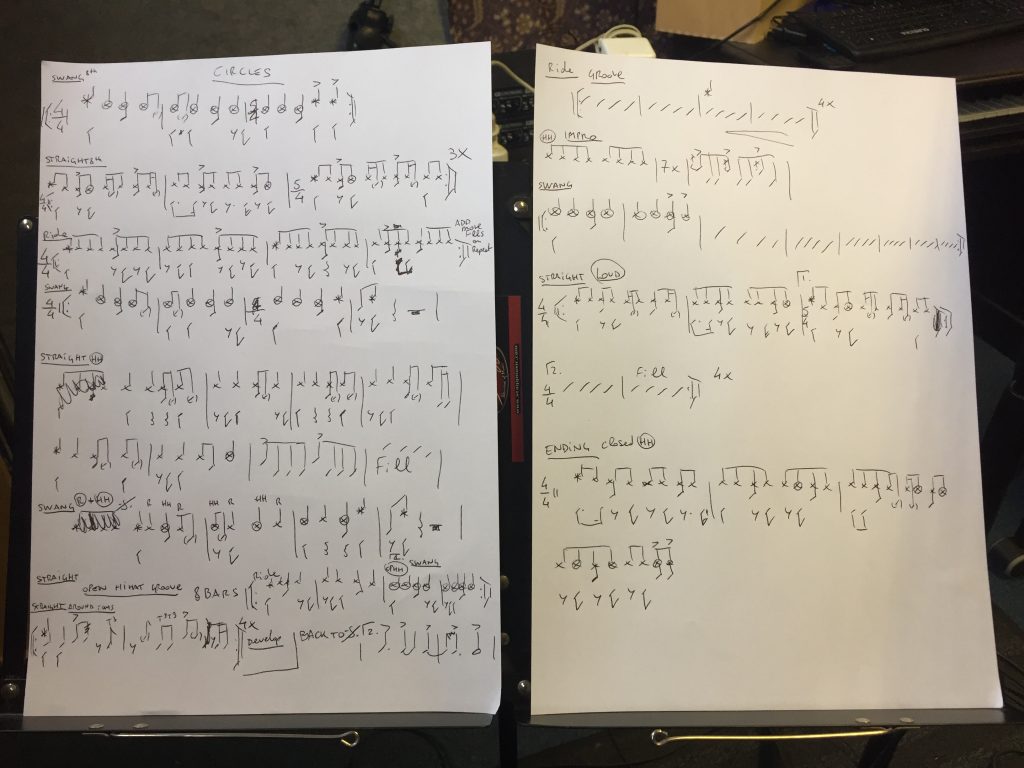 Once the chart was ready, I sat behind the kit and started playing along to the track. Some parts were quite difficult, so I had to spend more time on them. I looped some particular sections and repeated them until I memorised them and could play without having to read.
After playing the song over and over, I began to feel more comfortable and added some embellishment to the groove. 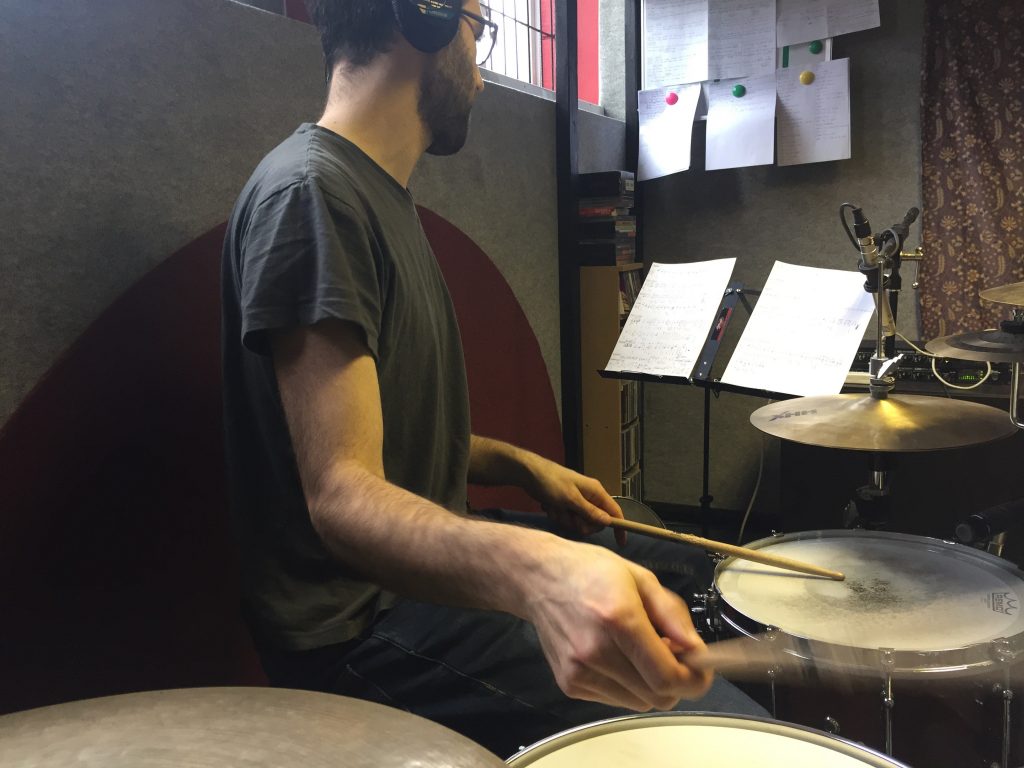 This is probably the most important step of all. I usually tend to change the tuning of my kit depending on what song I’m recording. In this case I wanted to get a ROCK SOUND, so I tuned up the snare quite high allowing a bit of the ring to transpire. The toms were tuned quite low and the kick needed a nice big punchy sound. Normally I would take the muffling pads in the kick drum and place it right in front of the beater head, this way I don’t let too much resonance come out. 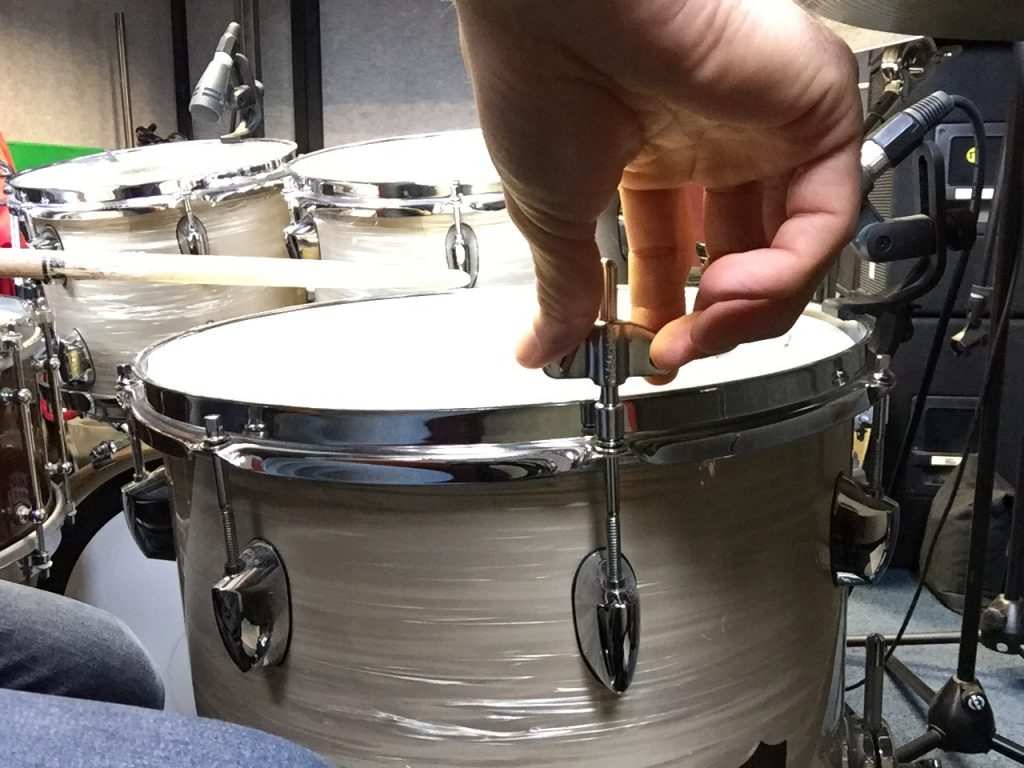 Now that that the drums were sounding good, I needed to make sure that what was going through the microphones was reflecting what I was hearing live in the room. I started by placing the AKG D112 mic inside the KICK DRUM and I left a homemade subkick outside the resonant head. The SNARE had a SM57 on top and bottom. On the HI-HAT I wanted a nice clear sound, so I used a Samson CO2 facing away from the snare. On TOMS I placed Sennheiser e604. As OVERHEAD MICS I used a pair of AKG 414 that always sound great and as a ROOM MIC I set a RODE NT1 a few feet away from the kit.
Ultimately, I checked that the overheads were in phase. To do this I used a jack lead and measured the distance from the snare to each mic. 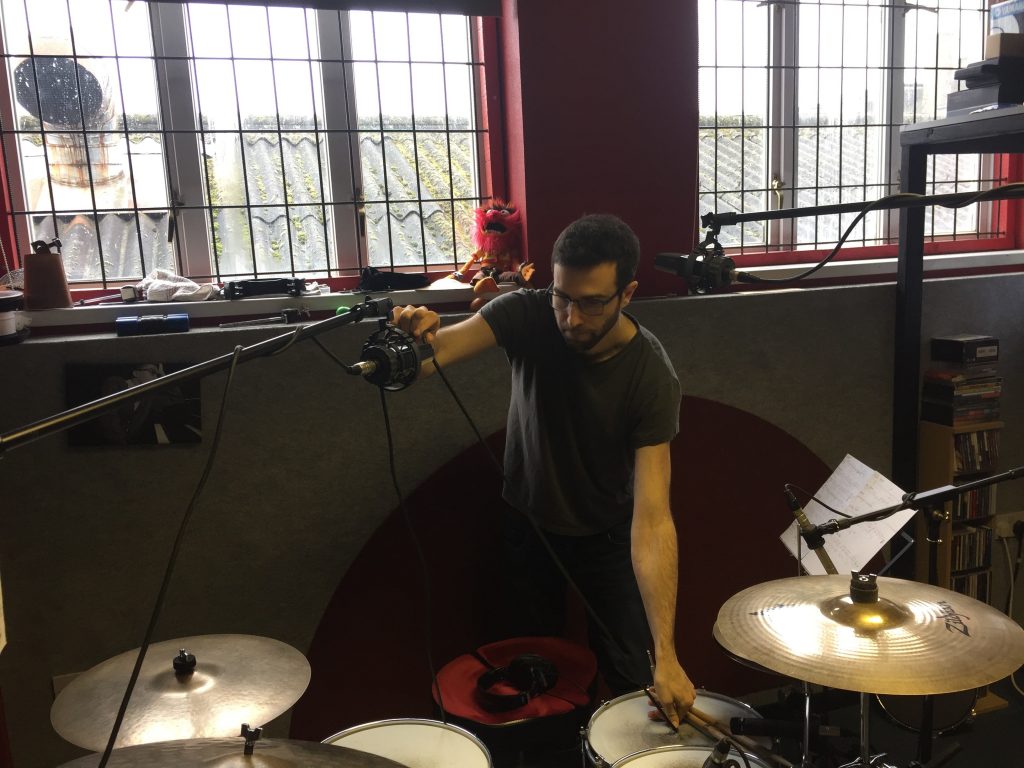 Once everything was ready and sounding good I could finally start recording a first take to send. 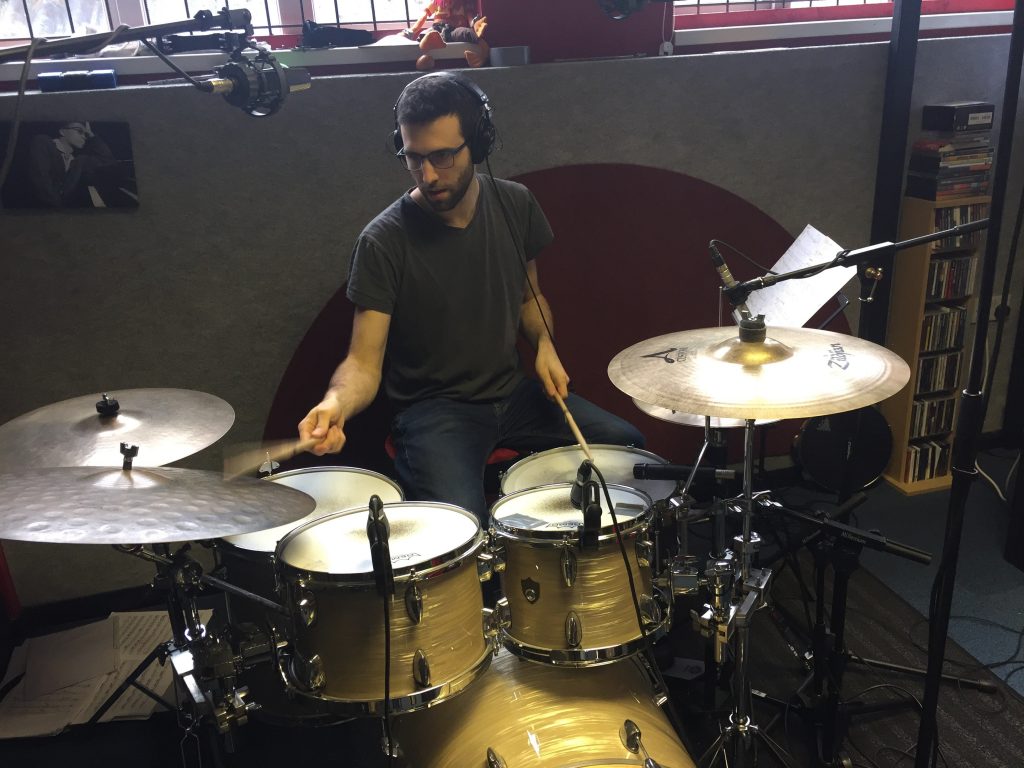 After a few takes, I went back to my desk and listened back to what I just played. Once I chose my best take, I sent an mp3 version of my first take to the client. 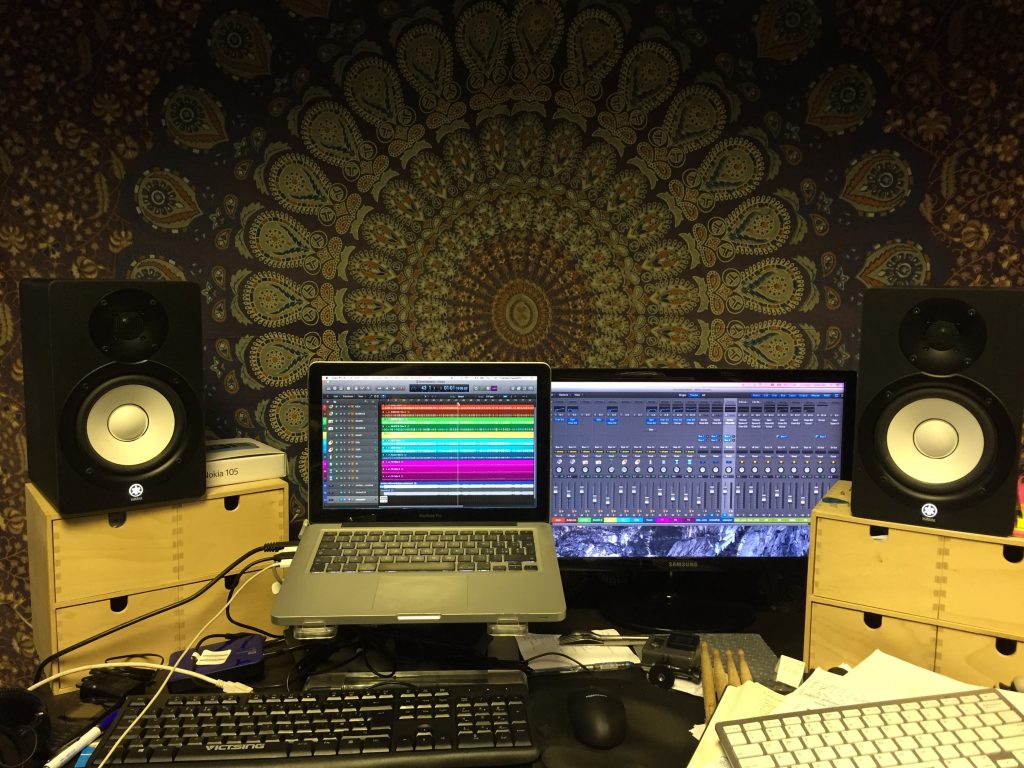 Few hours later the client got back to me and told me he liked what he received and there was no need for more reviews as he was sure that that first take was “the one”. I sent out an Invoice, exported the tracks and sent the 11 drum tracks to him straight away. This is his email after I sent my first take:

And this is how I record drums over the internet. If you have any advice or want to share your recording process, I’d love to know more about it. Please leave a comment and subscribe by leaving your name and email address.
’till next time!