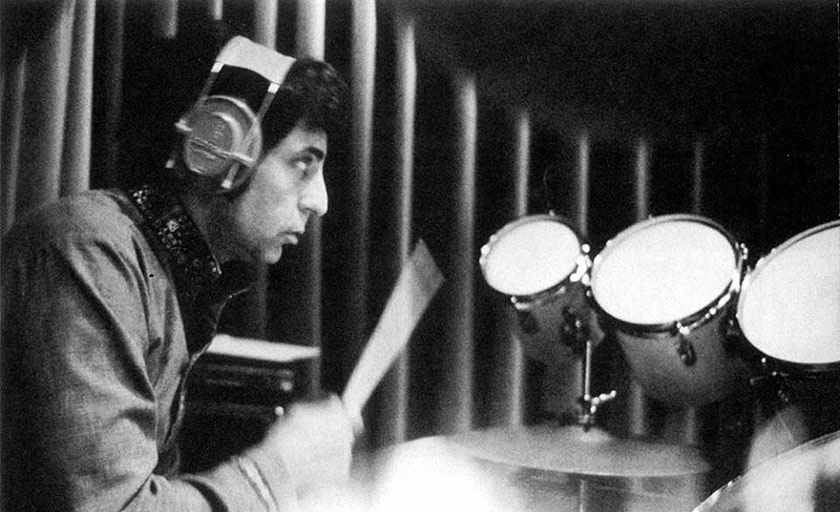 “You know him!!” said my drum teacher

“No, I’ve never heard of him before”  I replied

Just a few days ago we lost one of the most iconic drummers that ever lived, the legendary Hal Blaine. Even non drummers can recognise his drumming on countless #1 hits: “A Little Less Conversation”, “Be My Baby”, “These Boots Are Made For Walking”, “Fun, Fun, Fun” and the list goes on.

During the 60’s/70’s there was only one drummer producers and artists wanted on their records. That person was definitely Hal Blaine. Joining forces with other phenomenal session players he went on to form the Wrecking Crew, the most prolific unit of musicians of all time. Every big city in the US had their own group of “go to” session players, Memphis had the Memphis Boys, Nashville had the The Nashville A-Team, Detroit had The Funk Brothers. However, thanks the movie industry being in Hollywood and many singers/actors moving to the West Coast during the 60’s, music was in particular demand in LA. That’s were the Wrecking Crew was based and that’s where they started “wrecking” the music industry apart. They were constantly in the studio recording all kinds of music, from TV jingles to #1 hits for Elvis Presley, Frank Sinatra or The Beach Boys.

Hal Blaine was the driving force of the Wrecking Crew and some of his drum parts have become classics for all drummers around world. All the great session drummers, like Steve Gadd, Jim Keltner, Steve Jordan…they all took something from Hal Blaine’s playing. Even the term SESSION DRUMMER wouldn’t mean anything if it wasn’t for his excellent amount of work:

-8 Grammy for ”Record Of The Year”

Here are some of my favourite Hal Blaine songs:

-I Think I Love You – The Partridge Family

-A Hazy Shade Of Winter – Simon & Garfunkel check out the verse with the relentless snare on each downbeat accompanied by the tambourine on 3 / end of 3 / 4.)

If you want to know more about Hal, here’s a great tribute video: