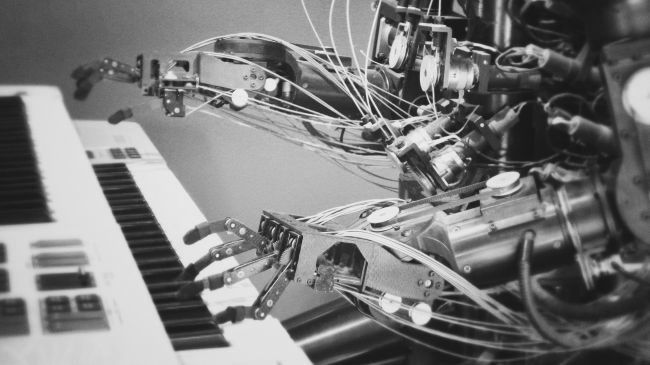 September 2006 – I acquired my very first laptop and from what everyone seemed to tell me, that wasn’t just a laptop. It was an Apple MacBook Pro. Not having any idea what that meant I started browsing through all the applications. I began toying around with GarageBand, a software that had all sorts of sounds and loops. After a few days of using it, I was so impressed at how easy it was making music with it, that I thought even my grandma could  have come up with something cool!

As the years went by, I witnessed the release of an increasingly amount of new devices and softwares that assist musicians in every possible way. Making music was becoming so easy, that you didn’t need to be a musician anymore. As long as you could use one of these new technologies, you were pretty much in business.

Fast forward to 2019 and the advent of Artificial Intelligence might take over and become the musician of the future. With companies like Google and Sony already investing millions of dollars in AI music, we will be probably listening to music that won’t be made anymore by humans. In fact, Google has already produced songs written by AI, through a project called the MAGENTA project. This AI learns what songs could have an impact in today’s music by only combining what’s already on the charts and changing it to create a unique product. Sony did the same thing in 2016, using DADDY’S CAR, an AI that based on songs already existing and their style will come up with something slightly different, yet completely new. Many other AI music projects such as Jukedeck, Amper Music, AIVA and others are developing at the speed of light for both Tv, Advert and Gaming music.

The upside of all this favours businesses that are looking for music to promote their products for cheap. For example, if you are looking for backing tracks that are royalty-free, then AI will do wonders for you. Even though music libraries that help content creators such as Epidemic Sounds are more and more in demand, the increasing rush for cheaper options is upcoming. At the moment we are assisting to the battle between what humans can produce versus what AI is capable of. Even though it could take years until AI music is perfected, will musicians be the ones that will suffer the most out of all this? Only time will tell.

It’s funny how history keeps repeating itself. The Fender Stratocaster was that new instrument in the mid 50’s which shifted gears for all musicians, helping creating a style that we all know today as Rock Music. The arrival of the Roland TR-808 in the 80’s helped develop Hip-Hop and reshaped also Pop music. The Digital age brought us Logic, Ableton Live, ProTools and other Digital Audio Workstations that assist musicians and help even non musicians to make new music. To complete this never ending revolution, we will assist to what AI is capable of in music. The question is, how much of the music of the future will be human and how much will be AI?

How To Use “UNO” Drum Loop Pack

How To Use “UNO” Drum Loop Pack